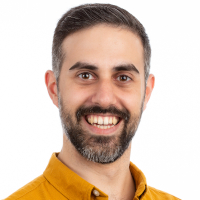 It is with great pleasure that we announce the availability of WirePlumber - the PipeWire session manager - version 0.3.0, which was made available a few weeks ago.

This release brings support for desktop use cases and is a working drop-in replacement for PipeWire's pipewire-media-session example session manager. At the same time, it introduces configurability and other features that pipewire-media-session lacks, such as the use of session, endpoint and endpoint-stream objects to orchestrate the graph. If you are curious about what this means, my previous blog post is a good starting point to read about endpoints.

On the configurability front, some noteworthy features that this release has, are:

Finally, another noteworthy feature in this release is the use of the org.freedesktop.ReserveDevice1 D-Bus API to arbitrate the capture of audio devices between PipeWire and JACK. If a JACK server is started while PipeWire running or is found already running when PipeWire is started, WirePlumber releases the audio device that JACK wants to control and sets up the PipeWire JACK source & sink nodes so that audio in PipeWire is routed through JACK to access that audio device.

If you are interested in trying PipeWire with WirePlumber, take a look at the online documentation to get started.

A very useful resource is also the testing page, where you can find examples of things you can try to test WirePlumber's functionality.