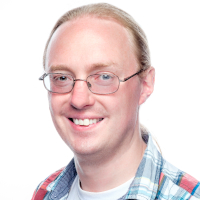 A record number of contributors!

Linux Kernel 4.12 is out, with 12 Collabora developers having contributed a total of 76 patches between them. This is a new record number of developers contributing to a single kernel release for Collabora, just raising the bar above the 11 developers contributing to the 4.9 development cycle. Additionally, Collabora has added 29 Reviewed-by tags and 9 Tested-by tags. Furthermore, 41 patches received a Signed-off-by tag from Collabora developers. You can read more information about the v4.12 merge window in LWN.net's extensive coverage: part 1, part 2 and part 3.

This release has seen Collabora developers make a number of larger contributions as well as improvements and bugfixes. Helen Koike improved performance for virtual NVMe devices, increasing the efficiency of exposing NVMe devices in virtualized environments like QEMU. Helen also implemented the initial version of the Virtual Media Controller Driver which can be compared to the Virtual Video Test Driver but for emulating media devices with complex topology. Gabriel Krisman Bertazi has converted the QXL spice virtual GPU driver over to atomic modesetting, fixing a number of related issues in the process. Thierry Escande added support for Coreboot to Google's firmware memory console driver. Peter Senna Tschudin, who has recently left Collabora, added support for the second video output of the GE B850v3 and a patch to reduce i.MX serial receive DMA startup latency.

Romain Perier has continued his work on support for Rockchip based boards, improving support in the es8388/es8328 driver, adding support for it to the Radxa Rock 2 and resolving a few HDMI related issues uncovered by this platform. Additionally Romain has replaced a number of uses of the now deprecated PCI pool API by the appropriate functions from the DMA pool API in the USB gadget drivers. Sebastian Reichel made his first contributions as a Collaboran, improving the TWL4030 Power Module, dropping the no longer needed twl4030-madc driver in the process, and fixed support for the Tiny-USB adapter.

Gustavo Padovan has improved event handling in a number of V4L2 drivers, in addition to some other fixes in the V4L2 and DRM subsystems. Tomeu Vizoso added support for CRC-based framing to the DRM subsystem, using it in the Analogix Display Port driver and also making a number of other improvements to the DRM subsystem. Enric Balletbo continued fixing various issues for the Toby-Churchill SL50 board, power supply devices and IIO devices. Martyn Welch improved the VME subsystem documentation and support for ELO Accutouch USB Touchscreens. Sjoerd Simons enabled support for SATA on the Rock 2 square board and added support for the vbus power regulator to the Rockchip USB driver. Lastly, Daniel Stone fixed support for the Apple Magic Mouse when used via libinput and corrected sync in the etnaviv DRM driver.