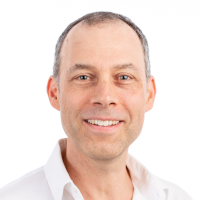 The much-anticipated GStreamer 1.16 release is now live. Many new features were added by the community during the year-long development cycle, and we would like to highlight some of our team's contributions that we're especially proud of.

This release continues Collabora's long-standing focus on giving embedded developers the tools they need to gain deeper insights into their pipelines and extract maximum performance from their hardware.

To help developers achieve the lowest possible latency, Nicolas and Julian added latency tracing for each element in a GStreamer pipeline. The new tracing API can be easily added as follows:

This offers a big improvement over the old per-pipeline latency measurements in pin-pointing latency bottlenecks. You can see a detailed description of the new capabilities here. Also, gst-stats has been improved to calculate certain latency metrics.

Not content with just measuring latency, Nicolas also worked on eliminating unnecessary latency in the RTP H264 payloader and depayloader by adding support for the MARKER bit and the alignment= flag. These taken together mean that is it now possible to do RTP streaming of H.264 without adding latency artificially.

Guillaume added support for forcing kernel buffer size to what the user requested, along with a warning when the requested size could not be honored, this configuration on udpsrc is used for high bitrate streaming, where the buffering is not sufficient and userspace does not read fast enough. This allows 4K workloads to be handled more smoothly.

Nicolas increased GStreamer V4L2 robustness by adding validation to capture buffer imports, a big step on the road to safe capture buffer imports. And Ezequiel added JPEG encoding support, and also support for FWHT, a fake codec implemented in the Linux kernel that's used to test and validate the V4L framework without the need for special hardware.

During the 1.16 cycle, GStreamer development switched to GitLab, and as part of this project, we're in the process of replacing Jenkins with GitLab-CI. Assisting this effort, Nicolas added Cerbero builds to the CI system. This is the build system used to produce GStreamer builds for platforms other than Linux.

One of our most "visible" improvements came from Zeeshan who added colors to the output of gst-inspect-1.0. And last but not least, Olivier spent a great deal of time improving the documentation, making over 75 commits to gst-docs.

In addition to these enhancements, our team made numerous bug-fixes and improvements to the code. If you have any questions about these or other new features, please don't hesitate to contact us.