A look at Vulkan extensions in Venus 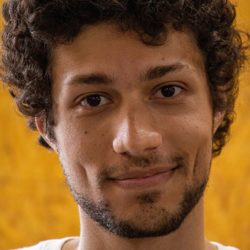 When it comes to Vulkan applications and libraries, you'll be hard-pressed to write them without leveraging the ever-expanding list of Vulkan extensions made available to take advantage of the quirks and features graphics hardware has to offer. In brief, Vulkan extensions are addendums to the Vulkan specification that drivers are not required to support. They allow vendors to expand upon the existing API to allow the use of features that may be unique to a particular vendor or generation of devices without having to retrofit the core API.

Even in virtualized environments, the use of extended functionality for hardware-accelerated applications can be paramount for performance. Indeed, it is something that virtual graphics drivers, like Venus, must take into account.

Venus is a virtual Vulkan driver based on the Virtio-GPU protocol. Effectively a protocol on top of another protocol, it defines the serialization of Vulkan commands between guest and host. This post will cover details of the Venus driver, its components, and their relations in the context of extensions.

Many elements comprise the pipeline path of a Vulkan API call in Venus. Starting from an application in the guest, the API call is dispatched to the proper entrypoint in the Venus Mesa driver.

The Mesa driver prepares a command defined by the Venus Protocol to be sent over to the host via the guest kernel's Virtio-GPU driver and the VM. The command is received and decoded in the host by Virglrenderer, whereby it is further dispatched to the host Vulkan driver which performs the actual work defined by the original API call. If a return value is expected, then the same process is repeated, but in reverse.

For the purpose of adding extensions, we need only concern ourselves with three components from this pipeline: the Mesa driver, the protocol, and Virglrenderer.

This part resides in the guest and is the library that sets up our Vulkan API entrypoints in tandem with the loader.

It's a relatively thin layer whose central purpose is to serialize Vulkan commands and parameters. Much of the serialization and communication with Virglrenderer is handled by generated C code. We will be taking a look at this generated code later in this post. Currently, one can find the code generated from the Venus Protocol under the src/virtio/venus-protocol directory in Mesa.

This component sits on the host and manages several possible client contexts by decoding their commands, dispatching them to the proper driver/device, and sending back the results if necessary.

The Virglrenderer itself is pretty complex, and most of the complexity resides in the parts that handle things like context, memory, etc.

The good news is that we don't need to deal with context to add a new extension. The code that handles the commands is generally fairly straightforward because most of the heavy lifting is done by the code generated by Venus-Protocol.

The specification defines how commands, shaders, buffers, events, and replies will be serialized and deserialized by both guest and host.

In the Venus-protocol, we generate (mentioned in the previous section) code for Mesa and VirglRenderer to handle all these operations. Files generated starting with vn_protocol_driver_* are for the Mesa and vn_protocol_renderer_* for the Virglrenderer project. These files contain the respective encoder and decoder for each Vulkan function supported.

All commands specified by the Venus protocol contain in their headers an identifier that specifies what kind of payload they carry and which generated handle will decode them on the other side.

All the structs, enums, functions, extensions, API versions, and more are defined in XMLs. These XMLs are parsed by python scripts to generate the respective .h files.

Adding a Vulkan extension to Venus

Adding Vulkan extension supports to Venus is slightly different from what happens in a regular Vulkan driver.

To illustrate how we can give support to a Vulkan extension on Venus, we're going to use VK_EXT_extended_dynamic_state2 as an example. This extension adds new functions and also extends existing ones.

Let's see what we need to define in the protocol to generate the necessary code. The protocol is defined in three files under the venus-protocol/xmls folder.

We will not change the VK_MESA_venus_protocol.xml as this defines some internal Venus commands which do not need to be modified for our extension.

Starting with vk.xml: this file defines all the components of Vulkan. Including functions, structs, enums, and unions for each Vulkan core version and each extension.

It is a machine-readable file maintained by the Khronos Group in their documentation repository. We copy/update when we want to update to a particular version of the spec.

And since this extension adds new functions, we need to add them to xmls/VK_EXT_command_serialization.xml.

In the last part we have to generate the code from XMLs using scripts in this repository. For that we will need meson, ninja, python 3, mako, and a C compiler (to verify the output).

In the end, we will have two kinds of files. vn_protocol_renderer* for Virglrender and vn_protocol_driver* for Mesa. These files contain all the code to handle [de]serialization for all commands. Now we just copy these sets of files to the folders in their respective repositories.

And that's it for the Venus-protocol. Next, we will learn how to change the Mesa driver.

Currently, Venus code stays in src/virtio/vulkan/. Any changes should be made in this folder.

As we can see in the Vulkan specification, this extension adds four new functions. These functions write commands to command buffers. A good place to put them is vn_command_buffer.c.

I will use vkCmdSetRasterizerDiscardEnable as an example and break it down into parts.

Your implementation should follow almost the exact signature of the functions defined in the Vulkan official header, except by the name, where you should replace the vk by vn_.

And now we implement the function. This includes any specific logic, serialization, and submission (if necessary) of any data to the Venus host.

Here we are only using these two helpers, but many others are generated that can also be used.

Besides these Venus-Protocol functions, Venus provides a lot of helpers like vn_cs_encoder_reserve below.

In this example, we will allocate some space in the command stream, serialize (encode) the parameters, and put them in the space allocated earlier.

Unfortunately, this will not be as straightforward as the functions due to some optimizations done in Venus guest.

We will have to change the function that caches all the features. Currently, this function is the vn_physical_device_init_features.

In the vn_physical_device_init_features, we need to add our extension feature to the list of the extensions that will be cached. To do it we use the VN_ADD_EXT_TO_PNEXT macro. After passing the feature struct, a flag will indicate if the feature is enabled along with the sType of the struct and the list head.

Now in the vn_GetPhysicalDeviceFeatures2, we add our struct to the giant switch inside this function. This function goes through all the structs passed by the Vulkan client and fills them with the information stored in the cache.

We just need to add the information to identify the struct of our extension and copy it.

So we will only export if the host driver supports it and if it is in the list of passthrough extensions.

In order to do this, just change the boolean in

As mentioned before, we need to enable the extension. This is done in the same way as Mesa, just in a file with a different name.

Similarly, we need to add a specific function defined in the extension. This function will call the respective function of the underlying driver. Let's use the same vkCmdSetRasterizerDiscardEnable as an example.

Different from before, you can - technically - name your function whatever you want. But is highly recommended to follow the current vn_dispatch_ and vkr_dispatch_ conventions.

The parameters need to always be struct vn_dispatch_context and vn_command_<function name>.

In the case of this function, we just decode (deserialize) the parameters and call the underlying driver function that implements this feature.

As we can see, the Venus driver is very small (as it should be), and the heavy lifting is done by the host driver (which really implements and runs the things). In general, adding a new extension on Venus is relatively easy with a lot of code provided by the Venus-protocol.

This enables us to implement new extensions in the same way we added this one. So, we can augment libraries like DXVK, ANGLE, and Zink to be able to leverage any 3D API in virtualized environments (as long as it can run Vulkan).

On a parting note, below is a video of Dota2 running inside crosvm, with a Vulkan backend on top of Venus. Enjoy!

Note: The above video was recorded using the GNOME screenshot utility which uses software encode and is very taxing on CPU. Combined with Venus, which taxes the CPU more than a plain Vulkan driver, this results in overall lower FPS. 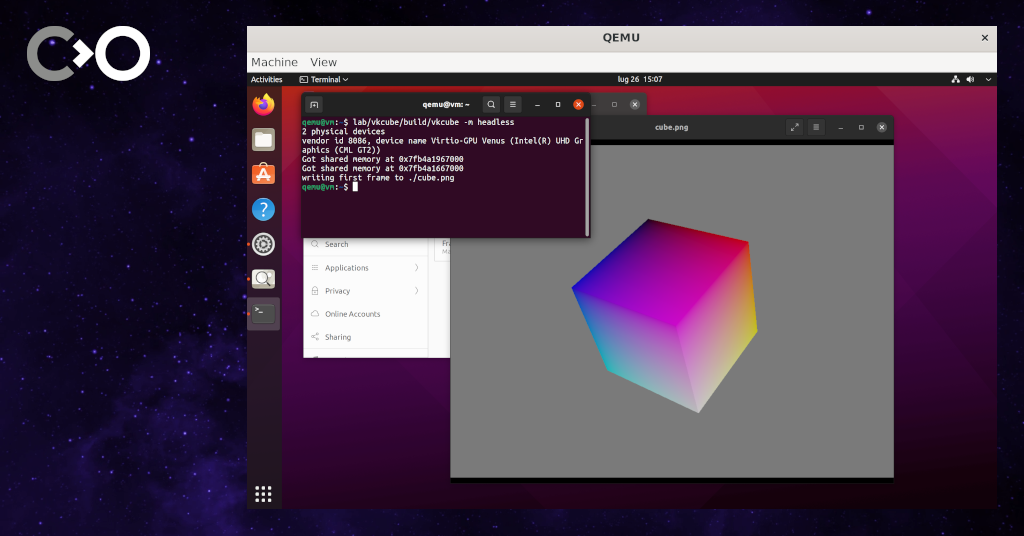 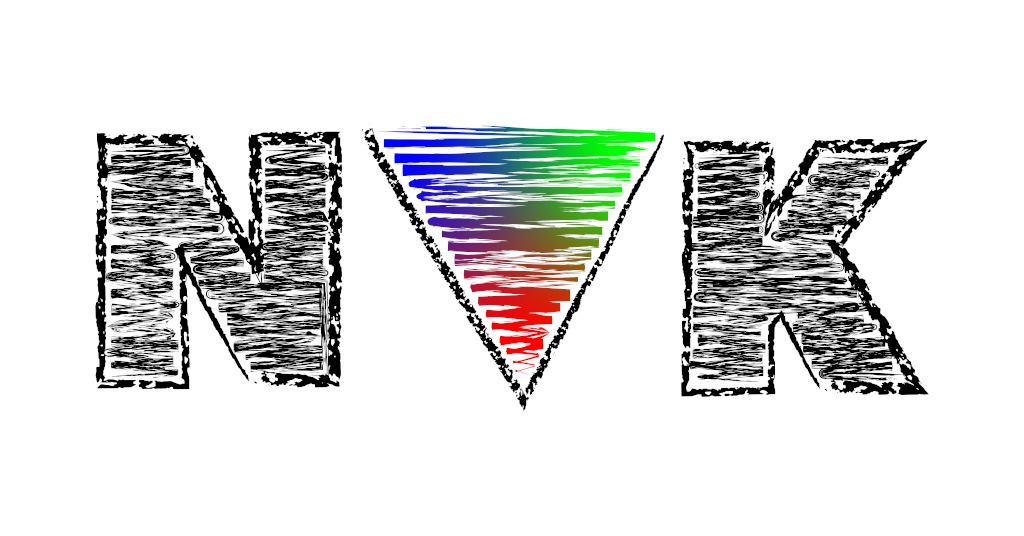 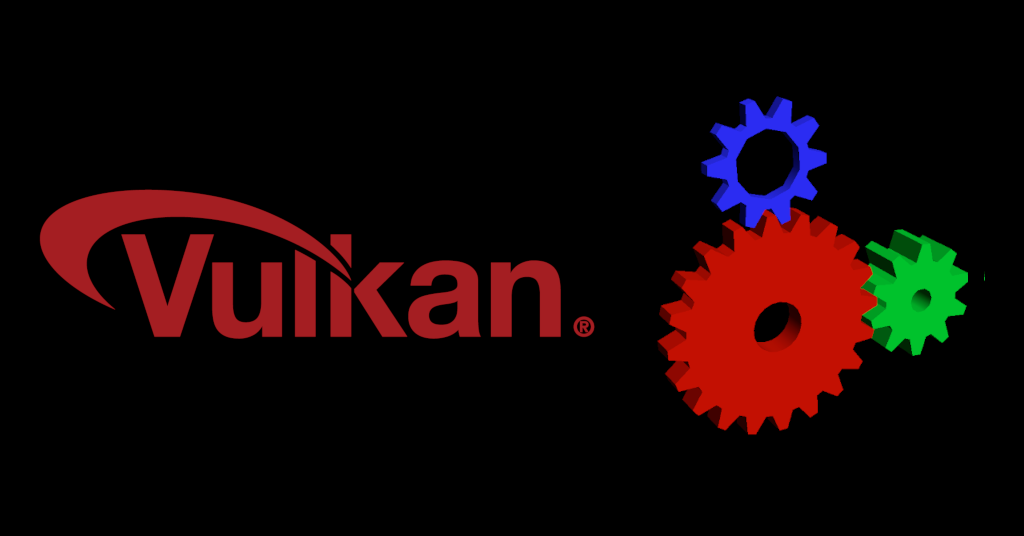 Earlier this year, I joined Collabora for a six-month internship to learn how V4L2 (Video4Linux2) supports stateless video hardware decoding,…

With the upcoming 0.5 release, WirePlumber's configuration system will be moving to a JSON syntax to define settings, bringing a more unified…

A look at Vulkan extensions in Venus

Venus is a virtual Vulkan driver based on the Virtio-GPU protocol, which defines the serialization of Vulkan commands between guest and…