This follows the OpenGL ES 3.0 support on Midgard that landed over the summer, as well as the initial OpenGL ES 2.0 support that recently debuted for Bifrost. OpenGL ES 3.0 is now tested on Mali G52 in Mesa's continuous integration, achieving a 99.9% pass rate on the corresponding drawElements Quality Program tests.

Architecturally, Bifrost shares most of its fixed-function data structures with Midgard, but features a brand new instruction set. Our work for bringing up OpenGL ES 3.0 on Bifrost reflects this division. Some fixed-function features, like instancing and transform feedback, worked without any Bifrost-specific changes since we already did bring-up on Midgard. Other shader features, like uniform buffer objects, required "from scratch" implementations in the Bifrost compiler, a task facilitated by the compiler's maturing intermediate representation with first-class builder support. Yet other features like multiple render targets required some Bifrost-specific code while leveraging other code shared with Midgard. All in all, the work progressed much more quickly the second time around, a testament to the power of code sharing. But there is no need to limit sharing to just Panfrost GPUs; open source drivers can share code across vendors.

Indeed, since Mali is an embedded GPU, the proprietary driver only exposes OpenGL ES, not desktop OpenGL. However, desktop OpenGL 3.1 support comes nearly "for free" for us as an upstream Mesa driver by leveraging common infrastructure. This milestone shows the technical advantage of open source development: Compared to layered implementations of desktop GL like gl4es or Zink, Panfrost's desktop OpenGL support is native, reducing CPU overhead. Furthermore, applications can make use of the hardware's hidden features, like explicit primitive restart indices, alpha testing, and quadrilaterals. Although these features could be emulated, the native solutions are more efficient.

Mesa's shared code also extends to OpenCL support via Clover. Once a driver supports compute shaders and sufficient compiler features, baseline OpenCL is just a few patches and a bug-fixing spree away. While OpenCL implementations could be layered (for example with clvk), an open source Mesa driver avoids the indirection.

I would like to thank Collaboran Boris Brezillon, who has worked tirelessly to bring OpenGL ES 3.0 support to Bifrost, as well as the prolific Icecream95, who has spearheaded OpenCL and desktop OpenGL support. 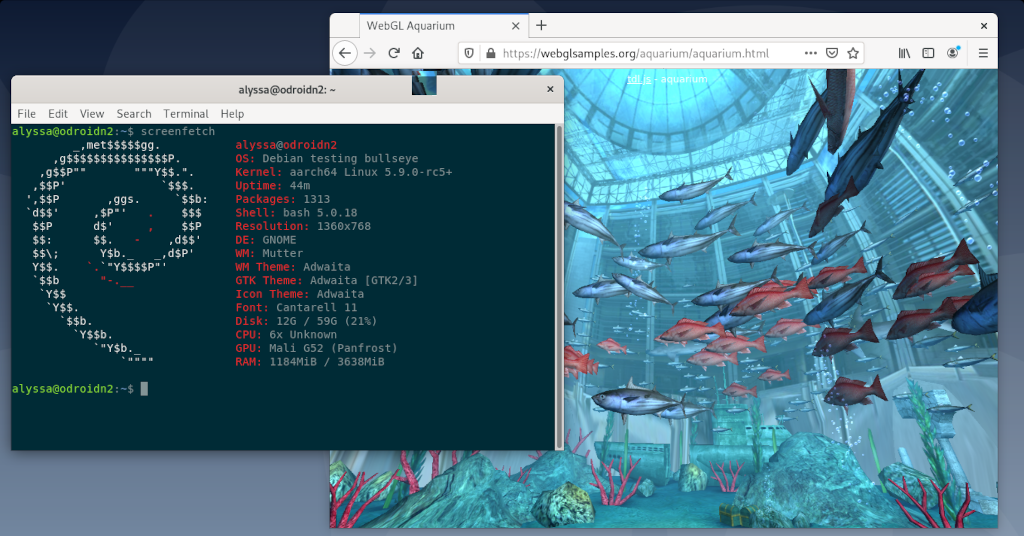