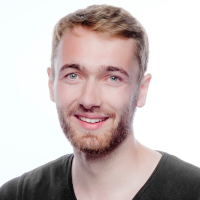 A few months ago, Robert Foss wrote a blog post about virtualizing GPU Access. In his post, Robert explained the architecture of the GPU virtualization stack and, how to build and run a VM with hardware acceleration.

Today, I will discuss the major improvements which landed upstream during these pasts 3 months.

For each component of the stack, I will explain the added modifications and our plan for the future.

At Collabora, we have been working as part of the upstream community to add new features and improve the code base.

Most of our work consisted in adding more caps to support OpenGL ES 3.0 on OpenGL ES and to find some workarounds for the missing OpenGL ES features. For example, OpenGL ES does not support 1D texture so we have to use a 2D texture with one of the component set to 0.5.

On my system, KabyLake with Mesa 18.0, I obtained the following results:

The OpenGL ES 2.0 CTS failures seems to be driver related. The tests fail on my system but pass on r600.

The difference between OpenGL ES 3.0 results might seem scary but a single fix should take care of it. These failures are due to the fact that we don't support reading back results from integer (as opposed to floating-point) rendering, so all the tests for integer formats fall.

We can, since 4867e47, create an OpenGL ES context. Thanks to this, we can now run QEMU on a system that only supports OpenGL ES.

If you want to try it out, you can follow the guide from Robert’s blog. The only difference is the command line to run the WM, you just need to replace -sdl,gl=on by -sdl,gl=es.

So it will become:

Tomeu Vizoso initiated an effort to create a CI for Virglrenderer. The CI is hosted on Freedesktop.org but validation is limited. We only check that we were able to compile virglrenderer and that the dist-check passes.

The code for the CI is available here.