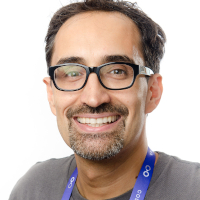 For years now the Free and Open Source Software (FOSS) conferences circuit starts with Linux Conf Australia (LCA). Now that might be a little too far for most of us Linux Format readers. However, right on the tail of LCA is FOSDEM, where more than 8,000 Open Source software enthusiasts gather in Brussels for a brilliant (and free!) two-day event organized by volunteers.

Widely recognized as the best conference of its kind in Europe, the 2018 edition promises to be no different, with a jam-packed schedule of over 600 lectures, lightning talks and developer rooms, spread across the Université Libre de Bruxelles' sprawling Solbosch campus.

While the main track consists of talks specifically chosen by the FOSDEM program committee and catered to a varied technical audience, the developer rooms are where most of the action takes place during the weekend.

Organized and managed by members of each Open Source community, the developer rooms cover a broad range of topics including Embedded, Mobile, Graphics, Open Media, Hardware Enablement, and Internet of Things.

Whether you are interested in Linux, Debian, GStreamer, LibreOffice, Wayland, WebKit, or Yocto, you are bound to find one of the core developers behind these Open Source projects in Brussels.

The 2018 edition is taking place on the 3rd and 4th of February. For all the details, visit https://fosdem.org/.