vkmark: more than a Vulkan benchmark

Ever since Vulkan was announced a few years ago, the idea of creating a Vulkan benchmarking tool in the spirit of glmark2 had been floating in my mind. Recently, thanks to my employer, Collabora, this idea has materialized! The result is the vkmark Vulkan benchmark, hosted on github:

Like its glmark2 sibling project, vkmark’s goals are different from the goals of big, monolithic and usually proprietary benchmarks. Instead of providing a single, complex benchmark, vkmark aims to provide an extensible suite of targeted, configurable benchmarking scenes. Most scenes exercise specific Vulkan features or usage patterns (e.g., desktop 2.5D scenarios), although we are also happy to have more complex, visually intriguing scenes.

Benchmarking scenes can be configured with options that affect various aspects of their rendering. We hope that the ease with which developers can use different options will make it painless to perform targeted tests and eventually provide best practices advice.

A few years ago we were pleasantly surprised to learn that developers were using glmark2 as a testing tool for driver development, especially in free (as in freedom) software projects. This is a goal that we want to actively pursue for vkmark, too. The flexible benchmarking approach is a natural fit for this kind of development; the developer can start with getting the simple scenes working and then, as the driver matures, move to scenes that use more advanced features. vkmark has already proved useful in this regard, being an valuable testing aid for my own experiments in the Mesa Vulkan WSI implementation.

With vkmark we also want to be on the cutting edge of software development practices and tools. vkmark is a modern, C++14 codebase, using the vulkan-hpp bindings, the Meson build system and the Catch test framework. To ensure a high quality codebase, the core of vkmark is developed using test-driven development.

It is still early days, but vkmark already has support for X11, Wayland and DRM/KMS, and provides two simple scenes: a “clear” scene, and a “cube” scene that renders a simple colored cube based on the vkcube example (which is itself based on kmscube). The future looks bright!

We are looking forward to getting more feedback on vkmark and, of course, contributions are always welcome! 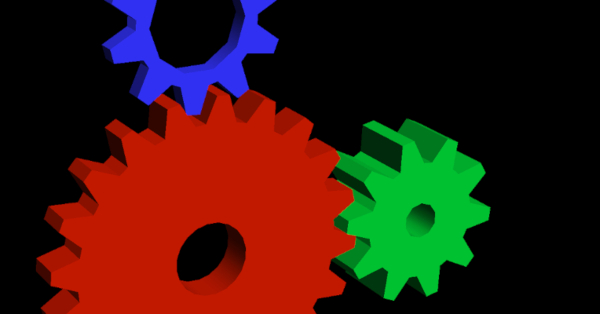