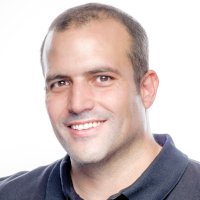 “Open Build Service is a generic system to build and distribute packages from sources in an automatic, consistent and reproducible way.”

openSUSE distributions’ build system is based on a generic framework named Open Build Service (OBS), I have been using these tools in my work environment, and I have to say, as Debian developer, that it is a great tool. In this blog post I plan for you to learn the very basics of such tool and provide you with a tutorial to get, at least, a Debian package building.

The figure above shows Open Build Service, from now on OBS, software architecture. There are several parts which we should differenciate:

Each one of the above packages can be installed in separated machines as a distributed architecture, it is very easy to split the system into several machines running the services, however in the tutorial below everything installs in one machine.

The backend is composed of several scripts written either in shell or Perl. There are several services running in the backend:

The backend manages source packages (any format such RPM, DEB, …) and schedules them for a build in the worker. Once the package is built it can be published in a repository for the wider audience or kept unpublished and used by other builds.

System can have several worker machines which are encharged to perform the package builds. There are different options that can be configured (see /etc/default/obsworker) such enabling switch, number of worker instances, jobs per instance. This part of the system is written in shell and/or Perl language.

The frontend allows in a clickable way to get around most options OBS provides: setup projects, upload/branch/delete packages, submit review requests, etc. As an example, you can see a live instance running at https://build.opensuse.org/

The frontend parts are really a Ruby-on-rails web application, we (mainly thanks to Andrew Lee with ruby team help) have tried to get it nicely running, however we have had lots of issues due to javascripts or rubygems malfunctioning. Current webui is visible and provides some package status, however most actions do not work properly, or configurations cannot be applied as editor does not save changes, projects or packages in a project are not listed either. If you are a Ruby-on-rails expert or if you are able to help us out with some of the webui issues we get at Debian that would be really appreciated from our side.

OSC is a managing command line tool, written in Python, that interfaces with OBS API to be able to perform actions, edit configurations, do package reviews, etc.

Now that we have done a general overview of the system, in the next blog post I'll introduce you to OBS with a practical tutorial.