SVVR 2016: Virtual reality in the Valley 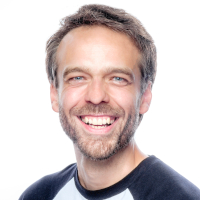 I’ve been fortunate enough lately to attend the largest virtual reality professional event/conference : SVVR. This virtual reality conference’s been held each year in the Silicon Valley for 3 years now. This year, it showcased more than 100 VR companies on the exhibit floor and welcomed more than 1400 VR professionals and enthusiasts from all around the world. As a VR enthusiast myself, I attended the full 3-day conference and met most of the exhibitors and I’d like to summarize my thoughts, and the things I learned below, grouped under various themes. This post is by no means exhaustive and consists of my own, personal opinions.

I realize that content creation for VR is really becoming the one area where most players will end up working. Hardware manufacturers and platform software companies are building the VR infrastructure as we speak (and it’s already comfortably usable), but as we move along and standards become more solid, I’m pretty sure we’re going to see lots and lots of new start-ups in the VR Content world, creating immersive games, 360 video contents, live VR events, etc… Right now, the realms of deployment possibilities for a content developer is not really elaborate. The vast majority of content creators are targeting the Unity3D plug-in, since it’s got built-in support for virtually all VR devices there is on the market like the Oculus family of headsets, HTC Vive, PlayStation VR, Samsung’s GearVR and even generic D3D or OpenGL-based applications on PC/Mac/Linux.

The former being what we usually refer to when thinking about VR, that is, computer-generated 3D worlds, e.g. in games, in which VR user can wander and interact. This is usually the kind of contents used in VR games, but also in VR applications, like Google’s great drawing app called TiltBrush (more info below). Click here to see a nice demo video!

The latter is everything that’s not generated but rather “captured” from real-life and projected or rendered in the VR space with the use of, most commonly, spherical projections and post-processing stitching and filtering. Simply said, we’re talking about 360 videos here (both 2D and 3D). Usually, this kind of contents does not let VR users interact with the VR world as “immersively” as the computer-generated 3D contents. It’s rather “played-back” and “replayed” just like regular online television series, for example, except for the fact that watchers can “look around”.

At SVVR2016, there were so many exhibitors doing VR content… Like InnerVision VR, Baobab Studios, SculptVR, MiddleVR, Cubicle ninjas, etc… on the computer-generated side, and Facade TV, VR Sports, Koncept VR, etc… on the 360 video production side.

Personally, I think tracking is by far the most important factor when considering the whole VR user experience. You have to actually try the HTC Vive tracking system to understand. The HTC Vive uses two “Lighthouse” camera towers placed in the room to let you track a larger space, something close to 15′ x 15′ ! I tried it a lot of times and tracking always seemed to keep pretty solid and constant. With the Vive you can literally walk in the VR space, zig-zag, leap and dodge without losing detection. On that front, I think competition is doing quite poorly. For example, Oculus’ CV1 is only tracking your movement from the front and the tracking angle  is pretty narrow… tracking was often lost when I faced away just a little… disappointing!

Talking about tracking, one of the most amazing talks was Leap Motion CTO David Holz’s demo of his brand new ‘Orion’, which is a truly impressive hand tracking camera with very powerful detection algos and very, very low latency. We could only “watch” David interact, but it looked so natural !  Check it out for yourself !

Audio is becoming increasingly crucial to the VR work flow since it adds so much to the VR experience. It is generally agreed in the VR community that awesome, well 3D-localised audio that seems “real” can add a lot of realism even to the visuals. At SVVR2016, there were a few audio-centric exhibitors like Ossic and Subpac. The former is releasing a kickstarter-funded 3D headset that lets you “pan” stereo audio content by rotating your head left-right. The latter is showcasing a complete body suit using tactile transducers and vibrotactile membranes to make you “feel” audio. The goal of this article is not to review specific technologies, but to discuss every aspects/domains part of the VR experience and, when it comes to audio, I unfortunately feel we’re still at the “3D sound is enough” level, but I believe it’s not.

See, proper audio 3D localization is a must of course. You obviously do no want to play a VR game where a dog appearing on your right is barking on your left!… nor do you want to have the impression a hovercraft is approaching up ahead when it’s actually coming from the back. Fortunately, we now have pretty good audio engines that correctly render audio coming from anywhere around you with good front/back discrimination. A good example of that is 3Dception from TwoBigEars. 3D specialization of audio channels is a must-have and yet, it’s an absolute minimum in my opinion. Try it for yourself ! Most of today’s VR games have coherent sound, spatially, but most of the time, you just do not believe sound is actually “real”. Why ?

Well, there are a number of reasons going from “limited audio diversity” (limited number of objects/details found in audio feed… like missing tiny air flows/sounds, user’s respiration or room’s ambient noise level) to limited  sound cancellation capability (ability to suppress high-pitched ambient sounds coming from the “outside” of the game) but I guess one of the most important factors is simply the way audio is recorded and rendered in our day-to day cheap stereo headset… A lot of promises is brought with binaural recording and stereo-to-binaural conversion algorithm. Binaural recording is a technique that records audio through two tiny omni microphones located under diaphragm structures resembling the human ears, so that audio is bounced back just like it is being routed through the human ears before reaching the microphones. The binaural audio experience is striking and the “stereo” feeling is magnified. It is very difficult to explain, you have to hear it for yourself. Talking about ear structure that has a direct impact on audio spectrum, I think one of the most promising techniques moving forward for added audio realism will be the whole geometry-based audio modeling field, where you can basically render sound as if it had actually been reflected on a computed-generated 3D geometry. Using such models, a dog barking in front of a tiled metal shed will sound really differently than the same dog barking near a wooden chalet. The brain does pick up those tiny details and that’s why you find guys like Nvidia releasing their brand new “Physically Based Acoustic Simulator Engine” in VrWorks.

Haptics is another very interesting VR domain that consists of letting users perceive virtual objects not through visual nor aural channels, but through touch. Usually, this sense of touch in VR experience is brought in by the use of special haptic wands that, using force feedback and other technologies, make you think that you are actually really pushing an object in the VR world.

You mostly find two types of haptic devices out there. Wand-based and Glove-based. Gloves for haptics are of course more natural to most users. It’s easy to picture yourself in a VR game trying to “feel” rain drops falling on your fingers or in an flight simulator, pushing buttons and really feeling them. However, by talking to many exhibitors at SVVR, it seems we’ll be stuck at the “feel button pushes” level for quite some time, as we’re very far from being able to render “textures” since spatial resolutions involved would simply be too high for any haptic technology that’s currently available. There are some pretty cool start-ups with awesome glove-based haptic technologies like Kickstarter-funded Neurodigital Technologies GloveOne or Virtuix’s Hands Omni.

Now, I’m not saying wand-based haptic technologies are outdated and not promising. In fact, I think they are more promising than gloves for any VR application that relies on “tools” like a painting app requiring you to use a brush or a remote-surgery medical application requiring you to use an actual scalpel ! When it comes to wands, tools and the like, the potential for haptic feedback is multiplied because you simply have more room to fit more actuators and gyros. I once tried an arm-based 3D joystick in a CAD application and I could swear I was really hitting objects with my design tool…  it was stunning !

If VR really takes off in the consumer mass market someday soon, it will most probably be social. That’s something I heard at SVVR2016 (paraphrased) in the very interesting talk by David Baszucki titled : “Why the future of VR is social”. I mean, in essence, let’s just take a look at current technology appropriation nowadays and let’s just acknowledge that the vast majority of applications rely on the “social” aspect, right ? People want to “connect”, “communicate” and “share”. So when VR comes around, why would it be suddenly different? Of course, gamers will want to play really immersive VR games and workers will want to use VR in their daily tasks to boost productivity, but most users will probably want to put on their VR glasses to talk to their relatives, thousands of miles away, as if they were sitting in the same room. See ? Even the gamers and the workers I referred to above will want to play or work “with other real people”. No matter how you use VR, I truly believe the social factor will be one of the most important ones to consider to build successful software. At SVVR 2016, I discovered a very interesting start-up that focused on the social VR experience. With mimesys‘s telepresence demo, using a HTC Vive controller, they had me collaborate on a painting with a “real” guy hooked to the same system, painting from his home apartment in France, some 9850 km away and I had a pretty good sense of his “presence”. The 3D geometry and rendered textures were not perfect, but it was good enough to have a true collaboration experience !

We’re only at the very beginning of this very exciting journey through Virtual Reality and it’s really difficult to predict what VR devices will look like in only 3-5 years from now because things are just moving so quickly… An big area I did not cover in my post and that will surely change of lot of parameters moving forward in the VR world is… AR – Augmented Reality. Check out what MagicLeap‘s up to these days !