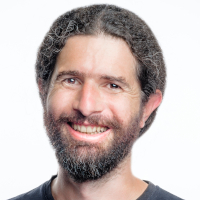 New DRM drivers are being added to almost each new kernel release, and because the mode setting API is so rich and complex, bugs do slip in that translate to differences in behaviour between drivers.

There have been previous attempts at writing test suites for validating changes and preventing regressions, but they have typically happened downstream and focused on the specific needs of specific products and limited to one or at most a few of different hardware platforms.

Writing these tests from scratch would have been an enormous amount of work, and gathering previous efforts and joining them wouldn't be much worth it because they were written using different test frameworks and in different programming languages. Also, there would be great overlap on the basic tests, and little would remain of the trickier stuff.

Of the existing test suites, the one with most coverage is intel-gpu-tools, used by the Intel graphics team. Though a big part is specific to the i915 driver, what uses the generic APIs is pretty much driver-independent and can be made to work with the other drivers without much effort. Also, Broadcom's Eric Anholt has already started adding tests for IOCTLs specific to the VideoCore-IV driver.

Collabora's Micah Fedke and Daniel Stone had added a facility for selecting DRM device files other than i915's and I improved the abstraction for creating buffers so it works for drivers without GEM buffers. Next I removed a bunch of superfluous dependencies on i915-only stuff and got a useful subset of tests to run on a Radxa Rock2 board (with the Rockchip 3288 SoC). Around half of these patches have been merged already and the other half are awaiting review. Meanwhile, Collabora's Robert Foss is running the ported tests on a Raspberry Pi 2 and has started sending patches to account for its peculiarities.

The next two big chunks of work are abstracting CRC checksums of frames (on drivers other than i915 this could be done with Google's Chamelium or with a board similar to Numato Opsis), and the buffer management API from libdrm that is currently i915-only (bufmgr). Something that will have to be dealt with in the future is abstracting the submittal of specific loads on the GPU as that's currently very much driver-specific.

Additionally, I will be scheduling jobs in our LAVA instance to run these tests on the boards we have in there.

Thanks to Google for sponsoring my time, to the Intel OTC folks for their support and reviews, and to Collabora for sponsoring Robert's, Micah's and Daniel's time.