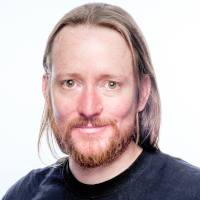 Apart from being somewhat slow, one of the downsides of the original Raspberry Pi SoC was that it had an old ARM11 core which implements the ARMv6 architecture. This was particularly unfortunate as most common distributions (Debian, Ubuntu, Fedora, etc) standardized on the ARMv7-A architecture as a minimum for their ARM hardfloat ports. Which is one of the reasons for Raspbian and the various other RPI specific distributions.

Happily, with the new Raspberry Pi 2 using Cortex-A7 Cores (which implement the ARMv7-A architecture) this issue is out of the way, which means that a a standard Debian hardfloat userland will run just fine. So the obvious first thing to do when an RPI 2 appeared on my desk was to put together a quick Debian Jessie image for it.

The result of which can be found at: https://images.collabora.co.uk/rpi2/

Login as root with password debian (Obviously do change the password and create a normal user after booting). The image is 3G, so should fit on any SD card marketed as 4G or bigger. Using bmap-tools for flashing is recommended, otherwise you'll be waiting for 2.5G of zeros to be written to the card, which tends to be rather boring. Note that the image is really basic and will just get you to a login prompt on either serial or hdmi, batteries are very much not included, but can be apt-getted :).

Technically, this image is simply a Debian Jessie debootstrap with a extra packages for hardware support. Unlike Raspbian the first partition (which contains the firmware & kernel files to boot the system) is mounted on /boot/firmware rather then on /boot. This is because the VideoCore expects the first partition to be a FAT filesystem, but mounting FAT on /boot really doesn't work right on Debian systems as it contains files managed by dpkg (e.g. the kernel package) which requires a POSIX compatible filesystem. Essentially the same reason why Debian is using /boot/efi for the ESP partition on Intel systems rather the mounting it on /boot directly.

For reference, the RPI2 specific packages in this image are from https://repositories.collabora.co.uk/debian/ in the jessie distribution and rpi2 component (this repository is enabled by default on the image). The relevant packages there are:

For the future, it would be nice to see the Raspberry Pi 2 support out of the box on Debian. For that to happen, the most important thing would be to have some mainline kernel support for this board (supporting multiplatform!) so it can be build as part of debians armmp kernel flavour. And ideally, having the firmware load a bootloader (such as u-boot) rather than a kernel directly to allow for a much more flexible boot sequence and support for using an initramfs (u-boot has some support for the original Raspberry Pi, so adding Raspberry Pi 2 support should hopefully not be too tricky)